THE MYSTERY OF MEMORY


Our neighbor Pat Lujan came over this morning to give us two loafs of horno bread and some pueblo cookies left from her daughter’s graduation party. Both PQ and I are avoiding gluten right now but I had to take a bite of cookie. It immediately threw me into another lifetime. I felt the cool thick walls of the Suazo family's pueblo house, and its contrast to the penetrating sun outside. The complete experience then rushed in full on with the smell of the pinon and cedar wood fire from an outdoor horno.  Today it is almost 100 degrees and easily takes me to summer feast days at the pueblo with the piercing heat on my back and the powdery texture of hot yellow dust working its way through cloth and leather. Yet, most surprising was the way that one bite could so powerfully fling me back to long ago feast days with PQ’s parents Joe J. and Frances Suazo. I remember reading once that the olfactory senses of smell and by connection taste are the most primitive and longest lasting memory we have. Smell and taste have the power immediately to collapse time.

Perhaps I’m more sensitive than usual to the mysteries and paradoxes of time.  The experience of time seems to come in layers or perhaps I could analogize it more effectively with a shelf of books arranged sequentially in time and space, but removed randomly from the shelf when prompted by the senses.  Memory isn’t under the control of time even while it uses time. I’ve lived in Taos 24 years and yet the experience of being here was just as strong when I had been here four months. In truth, the full experience of being present in this place was actually stronger during the early years.  Those were experientially my rebirth years in Taos. I’m sure most people have noticed that early experiences are the most powerful and lasting.  Attention becomes lazy and the mind rancid with the repetition of habit but the senses hold the original power of experiences in a special vessel that keeps them fresh for a potential reawakening.

The recent public resurrection of Mabel Dodge Lujan has as much to do with the awakening of my soul’s memory as Pat Lujan’s cookies.  The first people I met in Taos were Diane Daugherty, (now Osburnsen) who owned the Adobe Inn and her dear friends Joe J. and Frances Suazo, who visited each afternoon as part of their daily routine.  Before moving to Taos I had recently but superficially met Mabel Dodge Lujan on the cover of a book placed on top of a “Sale” stack in the Denver bookstore where I worked. I remember reading the dust jacket because I was interested in anything having to do with New Mexico and especially Taos. However, I decided not to buy it. I was interested in knowing the Pueblo people who had haunted my consciousness since visiting the southwest as a twelve year old and to a lesser degree the Hispanic people and their history dating back to the Moor’s, and crypto-Jews fleeing the inquisition.  A book about a rich white woman and patroness of the arts didn’t snag my interest. I knew a number of white women who married Indians. It was in fashion at the time and I was following a vision that had mysteriously captured my life, not fashion. 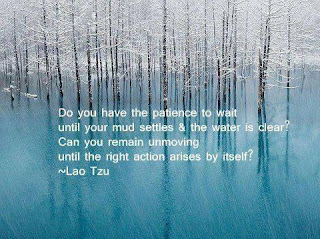 After migrating to Taos, one winter day, seated in front of a friend’s adobe fireplace, I picked up a book about Mabel. I don’t remember which one now, nor do I remember how I came by it, but I was surprised to read about the manner of her meeting with Tony Lujan, and then further shocked by a psychic prediction by occultist Mrs. Lotus Dudley concerning Mabel’s purpose in Taos. It was uncomfortably familiar and goes something like this, “Taos is the beating heart of the world,” and when the time is ripe for this to be revealed, a bridge will be needed between the Indian and the white people”. She then told Mabel, “the Taos Indians were given a secret doctrine to hold and protect that has been kept alive by certain chosen groups throughout the ages”, and that the spirit of this revelation had invited Mabel Dodge Lujan to become a bridge between this important knowledge and the sick Western culture that had forgotten how to be human. This could be realized if she (Mabel) could put aside her ego driven doubts and pettiness and step up to the challenge.  Taos could become the impetus for the birth of a new more enlightened Western civilization.  This was the essence of what I read.

I felt immediately exposed and taken down by the less assertive version of this prediction that had pulled me to Taos. Not only that, but a member of my new Taos family, Joe J. Suazo was the adopted grandson of Mabel’s Taos Pueblo husband Tony Lujan. Tony had no natural children and had adopted Joe J’s mother as his daughter. Joe J. grew up moving back and forth between Mabel’s Big House and the Pueblo. He had many stories to tell of road trips, camping expeditions and Mexican adventures with Mabel and company. As an adult, he became a traditional Medicine Man and kiva elder and sometimes expressed sorrow that he dare not share his religious knowledge with the Anglo youngsters who yearned for an organic spiritual experience while his own Pueblo youngsters had lost interest in their spiritual way of life. I suppose all visions have updated versions. I felt myself magnetized by a somewhat diluted version of Mabel’s passion.

Over the years, I became more skeptical of any cure for what ailed Western civilization and feared that the vision was going in reverse. The Taos Indians continued practicing their kiva ceremonies and dancing for Mother Earth and all her children but externally their way of life seemed to be disintegrating along with the rest of the world. I also became disillusioned with those seeking traditional spiritual information for its exotic appeal and as an escape from adult responsibilities for which they were unprepared.

However, I believe there is another greater mind behind the familiar mind.  It is a mind we don’t own, but we can feed it,honor it and open a door for it to enter our life. I can sense this mind at work pulling me into another stage of integration. My own consciousness is too small and earthbound to reach to the creative center of this process, but I can feel it moving just behond conscious grasp. It is another invitation to put faith in the unknown possible. Mabel Dodge Lujan never succeeded in overcoming the personal and cultural obstacles to being the doyen of spiritual and social awakening she hoped to be. No one mortal totally fulfills “the dream” but it is good that the spirit of the earth continues to bother us especially in this time of global warming, over crowded cities, mass shootings, continuous war, and a disturbing quest by many for easy answers to complex problems.

I consider it portentous that Mabel Dodge Lujan is experiencing resurrection in Taos.  Her contribution to the dynamic of this land is genuine. A few years ago, most people in Taos had forgotten her, or if old timers remembered only gossip and shady stories. Besides, her revival confirms my faith in the vision that brought me to Taos.

Links to Other Sites